If read my blog regularly, then you know I was recently in Hebron, NE for a quilt retreat.  While I was there, I just couldn’t resist making a small side-trip there in town to visit the World’s Biggest Porch Swing.  Why did I have to visit this attraction?  Simple – because of family history.

Reinke Manufacturing was started by my husband’s Uncle – Richard Reinke.   While he is sadly no longer with us, the company is still going strong as you can see from the link I provided.  As you may be able to read in the picture of the sign I’ve included – the overhead span of the swing is actually a part of the Reinke Corner Gator (an innovation in the field when it was introduced).  The swing was constructed in 1985 – in the hopes of pulling a large crowd in for the town’s 4th of July Celebrations, and Tim O’Callaghan (son of Paul O’Callaghan mentioned above) recalled having seen a 4 person swing in Kansas that people were lining up to sit on and have pictures taken.  His thought was that if a 4-person swing attracted that sort of interest – then a 16 person swing should be better.

And so an idea was born – according to the information I was able to find, they finished just in time for the celebrations that year.  And, along the way they made a world record.  Officially, in 1985, the Hebron, NE Porch Swing was declared the biggest porch swing in the world.   (Yes, I know it’s not on a porch – but it is a porch-styled swing).  It can seat 16 adults and up to 24 children.

According to the sign information, Guinness may have dropped the mention of the swing from it’s later record books – but the folks in Hebron know, they were awarded that record years back.

When I told my husband that I had visited the swing while I was in Hebron, his first suggestion was that I should have made a 24-person lap quilt and set it on the swing before taking a picture!  The only thing I could think of was: what would I do afterwards with a 24-person lap quilt? But it would make for an interesting picture, wouldn’t it?

2 thoughts on “Swinging Through Hebron” 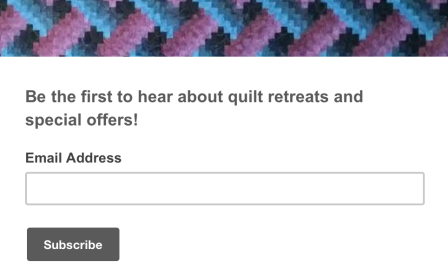